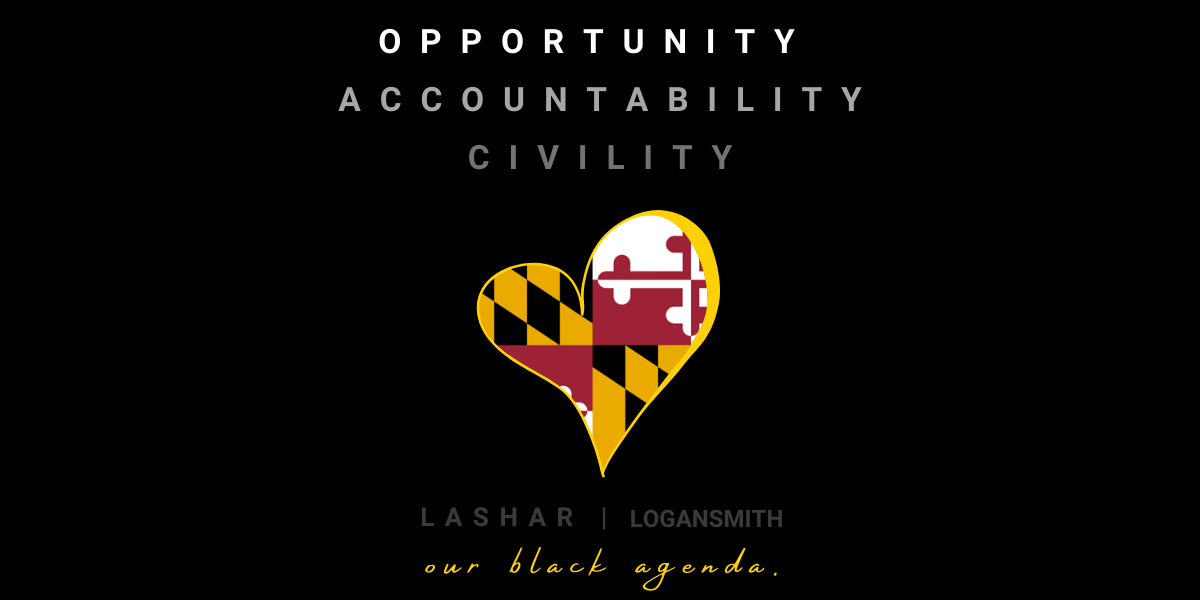 Born in 1963 between MLK’s Letter from a Birmingham Jail and his I Have a Dream speech… devoted for as long as I can remember to the causes of protecting civil rights and advancing toward a more perfect union… and alarmed that our nation’s experiment in democracy is in desperate peril… I am pleased to offer this Libertarian agenda of policies, principles, and personal promises.

It is, in sum, a Libertarian agenda for striving to make Black lives better.

We must end the war on drugs.  Not merely by legalizing recreational cannabis.  But also by legalizing addictive drugs such as alkaloids and opioids in a manner similar to medical cannabis, offering behavioral-health supports and services for those entrapped in addiction.

No other policy will enable social and economic renaissance in communities that are now ruled by drug traffickers and gangsters.  No other policy is humane toward those who become captive to addiction.  No other policy at this point in time, roughly 50 years into the war on drugs, is even remotely conscionable.

But let me add an insight, which came to me as I listened recently to the milquetoast calls from my potential Democratic rivals for legalization only of recreational cannabis.

Which insight is:  To commit merely to legalization of recreational cannabis is to commit merely to (further) enriching two or three dozen cannabis entrepreneurs who regardless of their skin color are already privileged financially and/or politically.

To commit merely to legalization of recreational cannabis is, in other words, to betray those whom you say as a politician that you care about, i.e., the kids and residents in places like West Baltimore who live under rule of the traffickers and gangsters.

The point here is that an end to the war on drugs is the indispensable condition for renaissance in drug-ravaged communities.  It is the only humane policy for those entrapped in addiction.

And for those two reasons, it is the foremost of my ideas for making Black lives better, even while I myself oppose and lament the choice by any individual to use the drugs that I would legalize.

We must vastly expand choice of schools for pre-K thru 12 not only for students and their families but also for classroom teachers themselves.

The logic is as simple as it is unassailable:  The places in America where school is best are the places where choice is most abundant.

Indeed, it is exclusively in higher education, where colleges and universities of different sizes and specialties compete with each other for enrollments and tuition, that we in America find praise and envy from the rest of the world for our educational system.

Which brings us Marylanders to the semi-famous Kirwan Commission, a wholly political board chartered in 2016 with the professed mission of making Maryland’s schools for pre-K thru 12 “the best schools in the world.”

From the outset, it was clear that the actual purpose of the Kirwan Commission was to devise a political narrative for boosting the amount of money that Maryland pours into its existing public school system, which is a de facto monopoly that provides deficient education — especially in historically disadvantaged communities, whether urban or rural.

As no surprise, the Kirwan Commission did indeed end up recommending little but vastly increased spending on the same monopoly-based system that already is failing to deliver decent education — again, especially for those who most need something different from that which they have already got.

My own idea is different.

My idea is that if choice-based education has already been demonstrated to deliver the best education… and that if the pleasures of privilege mean anything at all, they mean the ability of the privileged to choose amongst different options…. then we need to extend the privilege of choice amongst schools to all Marylanders — especially to those in historically disadvantaged communities.

Why it is that righteous elites and elected officials would deny the privilege of choice to students, their families, and even to classroom teachers themselves, especially in disadvantaged communities, I am sure I do not know.

But as Maryland Governor, it is what I would strive to bring about.  And since it… i.e., abundant choice in schools and education… would disproportionately expand opportunity and bring hope for the Black community here in Maryland, it is the second of the items on my Black Agenda.

We must be putting the keys to new homes instead of assignments to public housing into the hands of those trying to do better for themselves and their loved ones.

This goal is so fundamental to me and such a priority to me that I as Maryland Governor will be pleased to work with the General Assembly, which is 100% certain to remain in Democratic Party control, on any market-oriented, fiscally-affordable policy that might be conceived, including some of the ideas that I heard at the recent Maryland Black Caucus Foundation event from some of my potential Democratic rivals.

More specifically as stated elsewhere on this website, I believe that Opportunity Zones can bring about much good, provided that they are backed with sincerity and energy, as they would be under me.

Likewise, I know that relaxation of zoning restrictions… in collaboration with local communities… can help to make multi-family housing available in more places than it is allowed today; can enable smaller homes on smaller lots as part of housing diversification; and can expand the inventory of good housing by permitting apartments in basements of established homes.

More abstractly, but nonetheless vitally important, I will as Maryland Governor elevate the Department of Housing and Community Development into a genuinely empowered seat and voice within the Cabinet, which I do not think that any informed person would say it is today.

If the American Dream means anything, which it certainly does to me, it means home ownership.  And while I offer above a few of my own specific ideas, I stand ready to support any ideas that are market-oriented and fiscally affordable.

Like the rest of my Black Agenda, this commitment is for all Marylanders.  But based on our state’s history and demographics, it is a commitment that I believe might be especially helpful in making Black lives better.

As I have done previously, I want to do again, which is to congratulate the Democratic Party in the Maryland General Assembly on a set of reforms in the 2021 legislative session that ought to bring long overdue improvements to transparency and accountability in law enforcement.

The work that remains is mostly… but not entirely… cultural in nature:  Restoring trust between the community on the one hand and law enforcement on the other.

In the community, there needs to be recognition that life without a police is not a life that any people at any time in history have ever willfully chosen for themselves.  The simple reason being, life without law enforcement is anarchy, which sacrifices the many who are decent-but-weak to the few who are rotten-but-strong.

Amongst the police, there needs to be recognition that too frequent and too egregious abuse of power has caused much of the country, not just Maryland, to lose faith that the police can be trusted to be restrained and lawful in their undeniably difficult jobs.

For restoration of trust, and for making police work a gratifying challenge instead of a miserable impossibility for the police themselves, we need first and foremost to end the war on drugs.  We need as well to let the 2021 legislative package take effect. And we need to reform protections under the doctrine of qualified immunity so that police (and other government officials) will stand accountable for any clearly egregious abuses of power, definition of which is not straightforward but must be attempted.

As Maryland Governor, I will work to bring about these changes.  Which, aside from ending the war on drugs, will come not nearly so much through legislation as through persistent and patient conversation and facilitation.

I will, in other words, bring about the needed change by siding not with either one side or the other, but by bringing together both sides to get to a better situation than prevails today.

As a final commitment bearing especially on the Black community due to the impact of the war on drugs, I will on my first day in office as Maryland Governor launch a process for reviewing the records of non-violent offenders at State correctional facilities for potential release back to the community by gubernatorial pardon.

To be clear, this process will be motivated by desire to rectify the injustices of the war on drugs.  It will prioritize impacts on the community, including the solicitation of statements from those potentially affected by any given release under consideration.  And it will move in a deliberate manner, as justice demands.

Upon review, it might prove that the tally of non-violent offenders appropriate for pardon is not great.  I do not know.  But even if it were to prove to be but a single individual released, along with due explanation as to why not others, the effort would be worthwhile in the cause of justice.

In addition to the foregoing handful of specific policies, I offer as part of my Black Agenda the following handful of general principles, which I will leave now for elaboration later:

I cannot close without making a few personal promises that I feel to be especially pertinent to the Black community and my Black Agenda.

Is this democracy? An open letter to Maryland news outlets Joe Biden and the Democratic Party, including Wes Moore, have been proclaiming that they are the true and sole...
Read More

Hypocrisy, not Democracy A response by David Lashar to President Joe Biden's speech, Soul of our Nation Well, Mr. President, it's actually a constitutional democracy in...
Read More

My Gold Plan for a Green Future