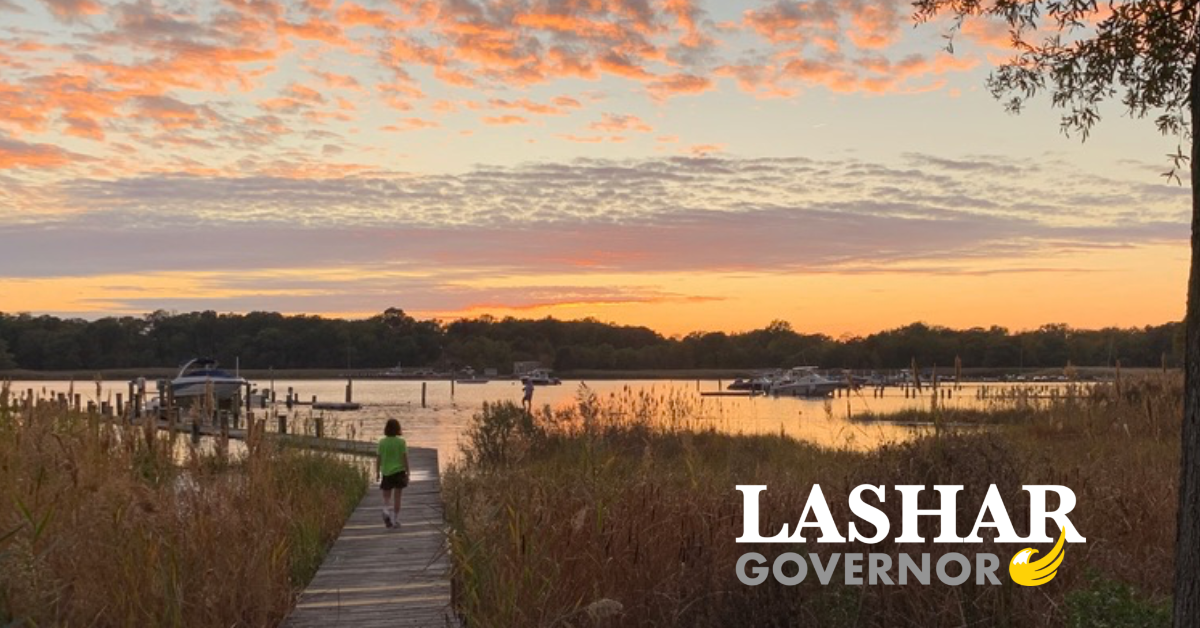 After the 2016 elections, I joined the Libertarian Party out of conviction that our political liberty, economic prosperity, and social cohesion were all in jeopardy; out of conviction as well that neither the Republican Party nor the Democratic Party possessed either the ideas or the courage to restore decency, progress, and hope for us all.

Here is my journey toward that decision.

The Republican Party was until 2016 – 2017 my political home because the party largely promoted policies that were consistent with the idea of a limited and responsible government that protects our liberties while also advancing justice and prosperity for all.

The party that after Reagan lost its soul.

Whether the Bushes, Dole, McCain, or Romney… including our own Gov. Larry Hogan here in Maryland… the leaders of the Republican Party have failed for decades to articulate any compelling and uplifting rationale for their policies. They have come across, at best, as mere agents of the contented and successful; at worst, as willing fellows to the intolerant and indecent.

Which is not to say that the Democratic Party has presented an attractive and inspiring alternative.

The problem with the Democratic Party is that until quite recently it has never offered a coherent set of ideas to guide its policies. Its mission has been to sustain its coalition. For which, it has been obliged for decades to pushing ever more government and ever more entitlements in order to secure its blocs of voters on election day.

This approach to politics has enabled Democrats to win office and claim victories on behalf of their supporters. But the programs and entitlements themselves have been fraught with unintended consequences, ultimately failing to help the targeted beneficiaries… especially the poor, the vulnerable, and the disadvantaged.

Which is to say, the Democratic Party has always required a faith in politicians, officials, and elites that I myself could not muster, especially after serving as both a policy analyst in U.S. Congress and a top official at the Maryland Dept. of Health, where I saw for myself 1) the ignorance and cynicism that are inherent to life-long public officials, and 2) the lack of accountability that is inevitable from public agencies operating as monopolies for whatever services or aid they are providing.

In recent years, the Democratic Party has moved from its self-serving coalition politics to a self-righteous identity politics. It has gone from possessing no discernible guiding principle to tolerating but one single political idea, which is that aggressive government action and broad government control are necessary for eliminating disparities and averting crises, the constraints of law and the irritations of debate be damned.

To adherents, this idea and cause is celebrated as social justice… restorative justice… climate justice…for which the righteous ends justify any contorted narratives and any unprincipled means.

To skeptics like me, this idea and cause is recognized as modern-day collectivism, for which the slogans can be seductive in the short term but the results are divisive and destructive in the long term.

From this principle come the libertarian ideas of placing faith in the individual over the collective… empowering people to make decisions for themselves and their loved ones… promoting competition and choice in the economic and political realms… insisting on accountability from officials and elites… and relying on persuasion instead of coercion in pursuit of change.

Which is to say, the Libertarian Party offers a way forward for those who, like me, are tolerant and responsible… who want less rather than more politics in their lives… who recognize that as much progress as our country and our state have made over the decades and generations, we have considerably more yet to achieve in terms of liberty, justice, and prosperity for all — especially for those in our historically disadvantaged communities.

This has been my own journey through the political woods. I have taken the road less traveled, the Libertarian Party, believing that it offers a better way toward a better future than the two established alternatives.

Given our times, are not you at your own political crossroads?  Won’t you join me in diverging from the two beaten paths?

Essay and photo by David Lashar

A Libertarian Black Agenda By David Lashar, Libertarian Party candidate for Maryland Governor Born in 1963 between MLK's Letter from a Birmingham Jail and his I Have a Dream...
Read More

Information technology has not been a hot topic during this legislative session [in 2019... see below for my 2021 update], not even a tepid one. But maybe it should be,...
Read More

Political Parties should have Principles, not just Power

Rifts and fissures afflict both of the two major political parties. In the Republican Party, the breaches are glaring. In the Democratic Party, the fault lines have subsided...
Read More